Typically, fixed annuity rates are above US Treasuries of the same maturity, and their rates tend to move in the same direction. In this article we’ll show you a few graphs to provide more detail on what’s going in the annuity market today, how that relates to movements in the US Treasury market, and what all of this means for you as you consider an annuity purchase.

First, let’s look at Treasury yields. The chart below shows the 5 year Treasury yield over the last six months. You’ll notice that yields have come down significantly since reaching a high point in November 2018. They are now at their lowest point in nearly two years. 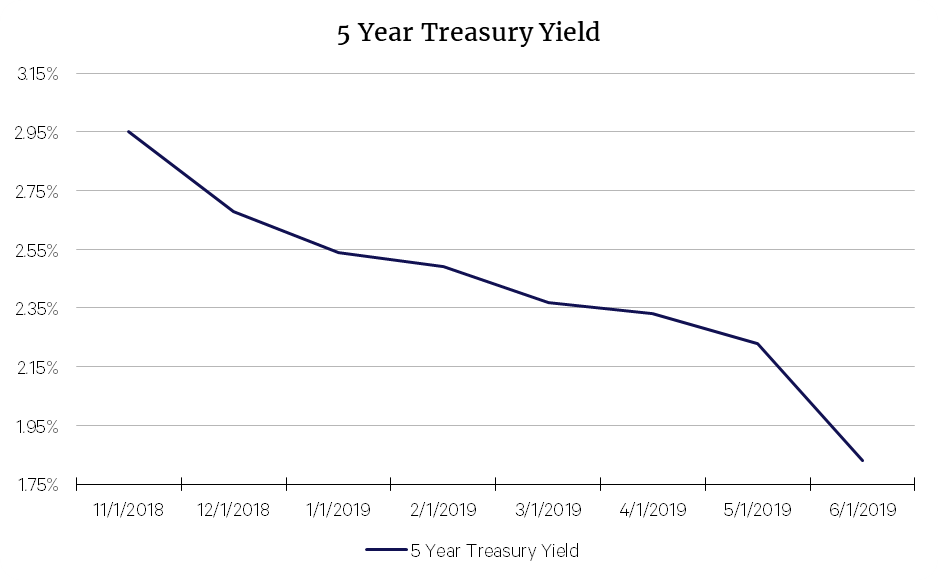 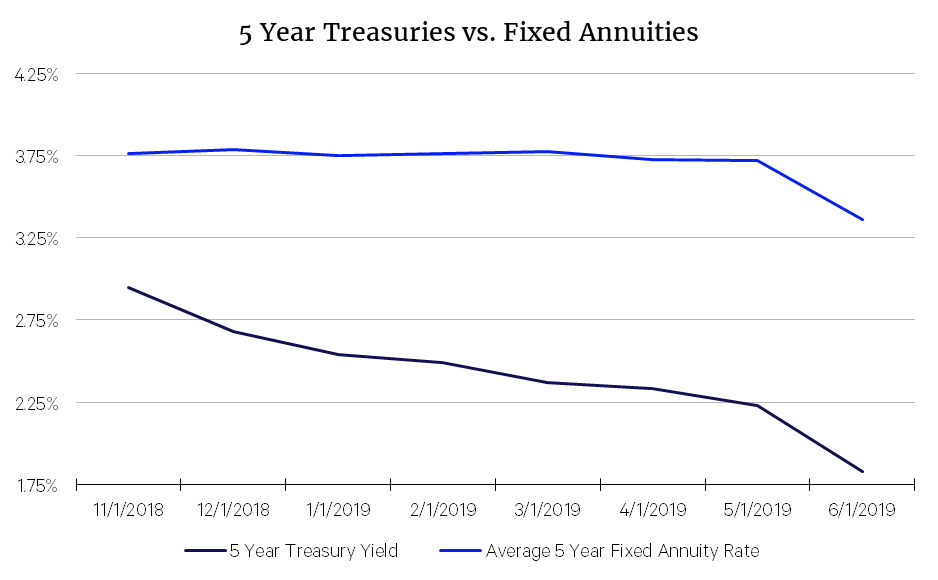 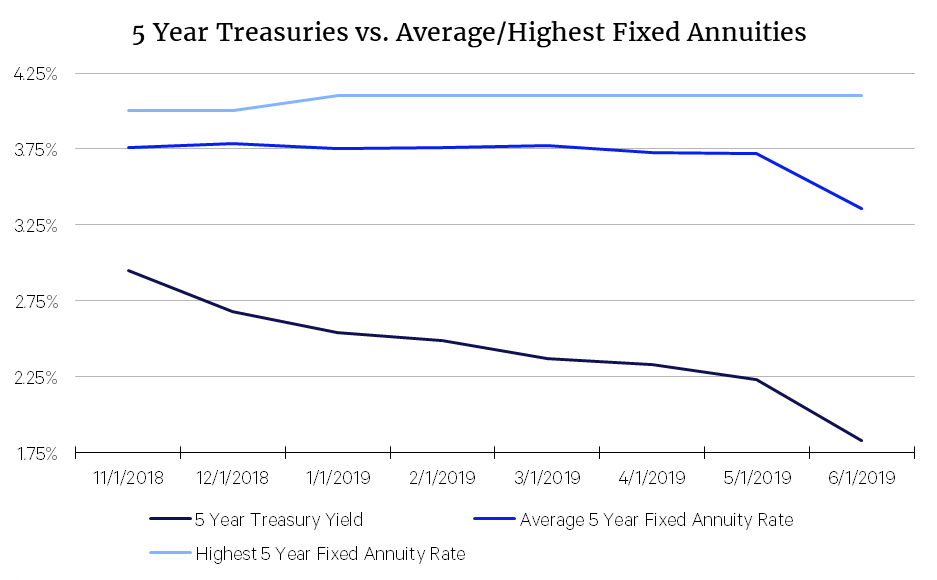 Finally, here’s a quick chart showing the difference between the highest 5 year fixed annuity rate and the 5 year Treasury yield at the beginning of each month over the last six months. You’ll notice a pretty steady climb in that difference or “spread” that continues all the way to today. 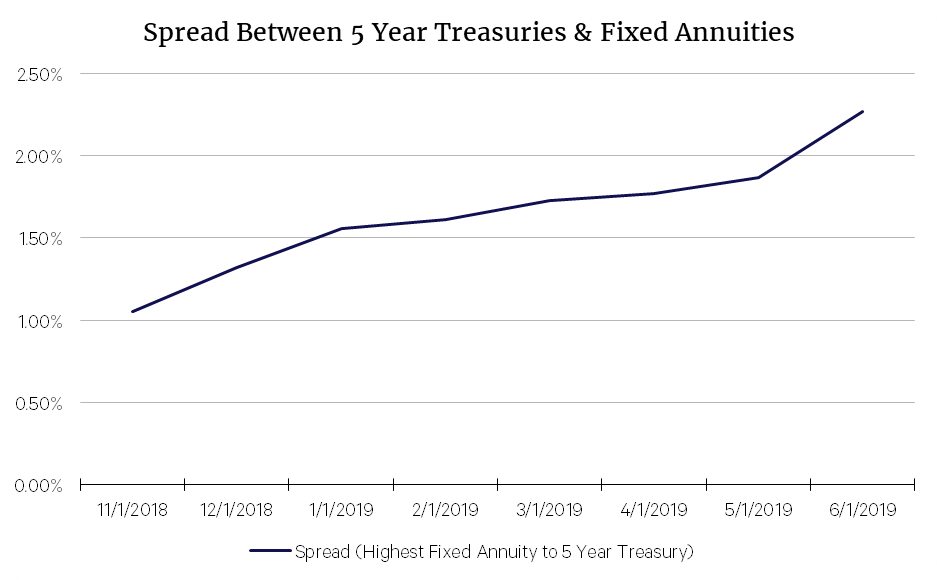 Here are a few takeaways from this analysis.

First, if you’re looking to earn a preset interest rate for a set period of time and you’re comparing a fixed annuity to something like a CD, the highest yielding fixed annuity has become more attractive on a relative basis.

Second, the highest yielding 5 year annuity is from Equitable, an insurer with a B rating. We set a ratings cutoff of B for fixed annuities (and A for income annuities), so keep in mind the counter-party credit risk is higher the lower the rating. That’s part of a well-functioning financial market — there’s should be a direct correlation between risk and return. It’s important to understand the investment strategy the insurer is using to generate expected returns that are over and above Treasury yields, or what is often referred to as the “risk-free rate.”

Finally, our recent observations have been that annuity rates tend to move up slower than Treasuries in rising rate environments and down slower that Treasuries in falling rate environments. Treasury yields have been falling, and market sentiment is now that the Fed will cut rates this year. Bear in mind that if you’re thinking about an annuity purchase in the near-to-medium term, it might be a long time before annuity rates get back to their late 2018 levels.

Annuity rates have held steady this month. After several consecutive months of Treasury Bond declines, things leveled off in April.

Impact of the Fed’s Interest Rate Increase on Annuity Rates