Topics
Annuities provide guaranteed income in retirement backed by insurance companies.
Monthly commentary on trends in income and fixed annuity rates.
What's happening inside Blueprint Income? What we believe and how we approach retirement.
Retirement! Years of doing what you want await! Prepare as much and as early as you can to make the most of it.
You need a source of income to sustain your retirement. Here's how you can make that income lifelong and guaranteed.
A way for anyone to build themselves an insurer-backed pension throughout their working years.
Resources — Inside Blueprint Income

I sat down with Matt Carey, annuity expert and CEO of Blueprint Income, to get his thoughts on the annuity market and hear what he and his team at Blueprint Income are doing to improve our retirements.

Matt is the CEO and a co-founder of Blueprint Income. Since 2014, Matt has led Blueprint Income’s efforts to make already simple annuities simpler and easier to understand. Prior to starting Blueprint Income, Matt was a Policy Advisor at the US Treasury Department in Washington DC, where he focused specifically on how longer lifespans and the decline of pension coverage will impact future retirees. That experience turned Matt into an annuity expert and gave him the idea for Blueprint Income.

Why is the annuity market broken?

I like to draw the analogy of the stock market. In the 1970s, you’d have to pick up the phone and pay a broker hundreds of dollars to place a trade in a single stock. Now, through our 401(k)s and apps like Acorns, we’re able to passively buy fractional shares of ETFs that mimic the entire market with close to zero fees. The old version of the stock market was better for brokers. The new version of the stock market is better for consumers. Blueprint Income is about creating a new version of the annuity market and we’re doing by taking a technology-first approach to make it easier to learn, compare, and purchase annuities. Thus, you don’t have to be an annuity expert to shop for one. This has a massive benefit for the insurers because it reduces their costs to service agents and, because of a lot of the technology we’ve built on the processing side, reduces their costs to administer policies.

What have the biggest challenges in starting Blueprint Income?

How much time do you have?!? The hardest part is to spur faster rates of change both among insurers and consumers. Few would argue with me about where the market is headed, but there’s well-founded disagreement in different quarters about how fast it’s going to get there.

For insurers, they’re in most cases set up to service businesses at scale really well, but less so emergent products. Creating, testing, and servicing new products or new channels is still a pretty slow and expensive proposition. We’re working hard to change this in order to make it easier for insurers to get to “yes” on an idea that seems promising but is still unproven.

Being right on where the market is going but wrong on the timing is small consolation, so everything we do is built around showing the proof that change is happening right now.

As an annuity expert, what do you think the annuity market will look like in 10 years?

It will be unrecognizable from the one today I believe. Our vision is to turn today’s annuity market into an asset class — buy-able at any size and in any channel with built-in diversification across insurers. There’s been a push over the last half century towards more investment-like hybrid annuities. I think that will reverse itself as passive investment managers gain more scale and are looking for insurance-only annuities that provide the kind of tax-deferred guaranteed return or guaranteed income that isn’t possible with any other product.

Simple, fixed annuities and income annuities (the kind that pensions are using to do risk transfers) will power the growth in the annuity market in a decade and that’s an incredibly large shift from where we are today. 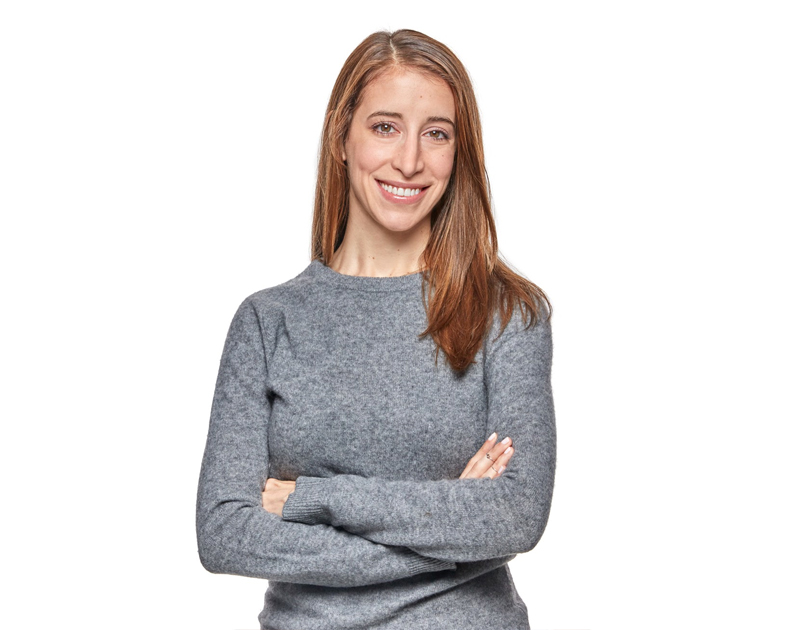 Lauren is an actuary by training with expertise in retirement, finance, and risk. She writes about annuities to make them easier to understand and evaluate. Her goal is to help people create retirements with more time for living and less time thinking about money.

At Blueprint Income, we're working to make the annuity market a simpler and easier space to navigate. Each day we're focused on offering a better service and product that makes sense for you.

Can the Personal Pension Leverage Behavioral Economics to Solve the Annuity Puzzle?

The Personal Pension, which is an annuity account that you fund over time through small monthly contributions, addresses many of the behavioral economic causes of the annuity puzzle.