Topics
Annuities provide guaranteed income in retirement backed by insurance companies.
Monthly commentary on trends in income and fixed annuity rates.
What's happening inside Blueprint Income? What we believe and how we approach retirement.
Retirement! Years of doing what you want await! Prepare as much and as early as you can to make the most of it.
You need a source of income to sustain your retirement. Here's how you can make that income lifelong and guaranteed.
Resources — Social Security

Social Security is impacted by the Cost of Living Adjustment (COLA) which accounts for inflation changes. Because of concern of how adequate this adjustment is, there are possible alternatives for Social Security reflecting inflation increases.

Social Security is essential to retirement planning because it includes increases that account for the rising cost of living. This is especially important, considering retirees can go on living 25 years or more after they’ve left the workplace.

How Does the Cost of Living Adjustment Protect Social Security from Inflation?

Cost of living increases have varied between 0.0% and 5.8% over the last 30 years, averaging 2.65% over that period. But in this decade, there has been no COLA increase in three different years. 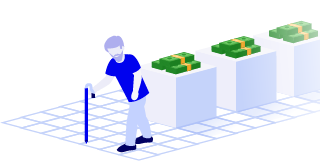 At the time of this article, the fact that there was no COLA increase for 2016 and a very small one for 2017 has stirred up some discussion on how these increases are calculated and whether the CPI-W adequately reflects the spending patterns of older individuals — particularly with respect to medical spending.

So what are the possible alternatives for adjusting Social Security to reflect this increase?

The Experimental Price Index for the Elderly (CPI-E)

In 1987, the Bureau of Labor Statistics created the CPI-E, a price index that follows the spending patterns of individuals aged 62 and older. An analysis by Boston College’s Center for Retirement Research (CRR) revealed that the average annual increase for the CPI-E was 2.9% from the third quarter of 1983 to the third quarter of 2015.

Meanwhile, the CPI-W experienced an average annual increase of 2.7%. The difference between the two indexes in that 32-year period has been attributed to the higher cost of medical care for the elderly, according to the CRR. Some have argued that perhaps the CPI-E is a more accurate reflection of older Americans’ spending habits, compared to the CPI-W.

When drafting the 2014 budget proposal, President Obama had proposed that Social Security use the Chained Consumer Price Index instead of traditional CPI. The chained CPI assumes that when prices go up for a certain item, consumers will substitute that purchase with a similar but cheaper item. As a result, the chained CPI rises at a lower and slower rate than the CPI-W. If Social Security COLA increases were pegged to the chained CPI, benefit increases would be smaller. The Congressional Budget Office had estimated that a shift to the chained CPI could lower deficits by as much as $233 billion over ten years.

While these are only possible alternatives, cost increases are linked to CPI-W for the time being.

The old retirement adage says that we should use the three-legged stool approach to prepare for retirement:

How to Supplement Your Social Security

According to the Social Security Administration, individuals aged 65 and over in the top quartile for income (an average of $78,180) received only 18% of their income from Social Security. So where does the remaining 82% come from?

Income annuities provide a guaranteed lifetime stream of income during your retirement. You pay a lump sum upfront to purchase your annuity from an insurance company. Then, the insurance company sends you a series of payments for the rest of your life.

How Can I Purchase an Income Annuity?

At Blueprint Income, we offer annuities from more than 15 top rated insurance companies. Click below to get real-time personalized quotes.

From there, you’ll get access to our annuity guides and team of specialists to help you analyze your retirement finances and walk you through the application process.

Recent changes to the Social Security Act affect how married couples can claim for spousal benefits. Find out if these amendments change your claiming strategy.

Unforeseen healthcare costs are commonly overlooked in retirement planning. Here’s how you can anticipate these expenses.

Retirement today isn’t what it used to be. A new retirement landscape demands a fresh approach to thinking about and planning for retirement.